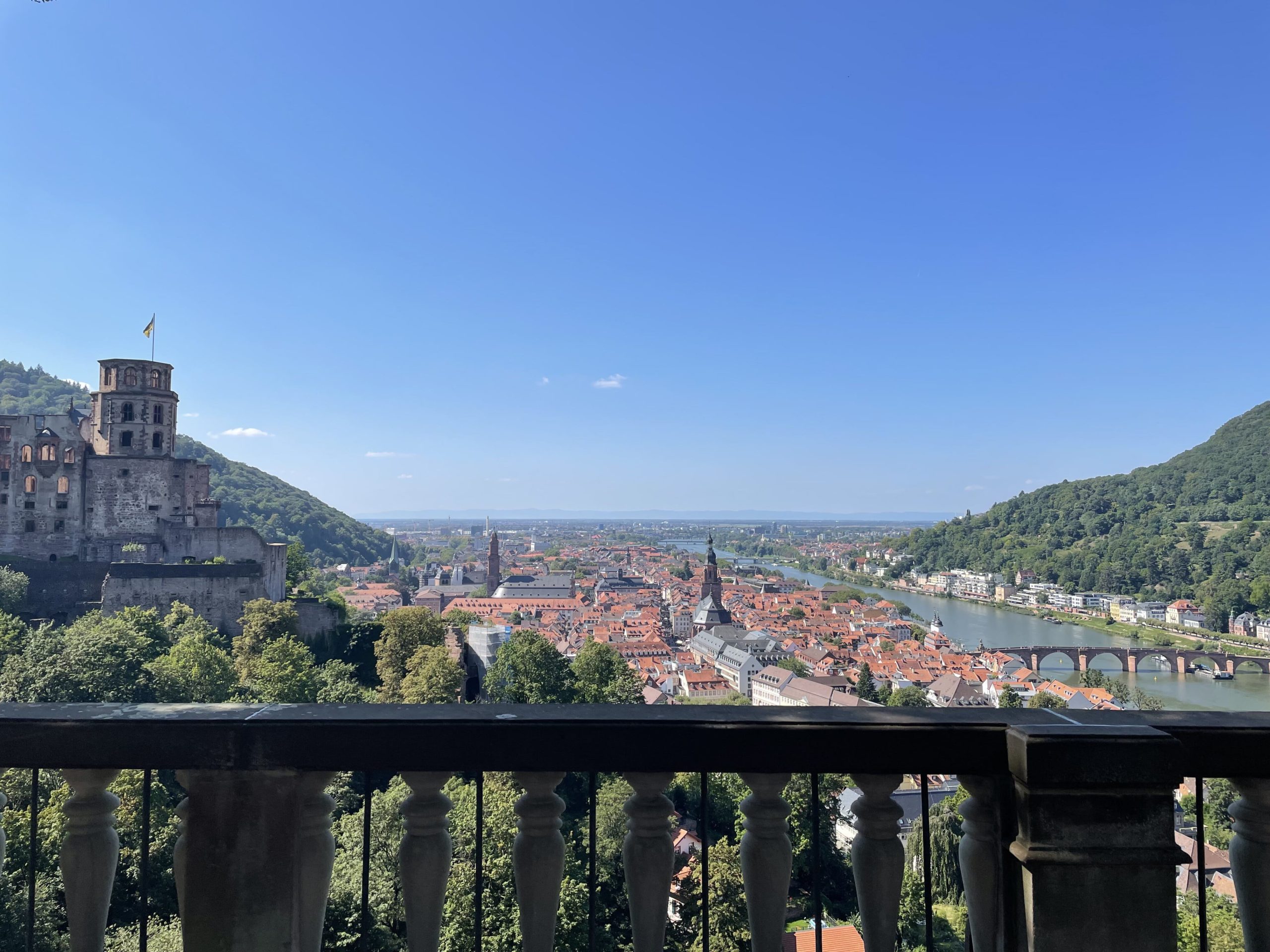 Moving to another country seems like an insurmountable task, and for me, it has not been a walk in the park. Despite the fact that I have spent over half a year preparing, and have had support from my parents, UA study abroad advisor, program chairwoman, and abroad academic advisor, there were still many times I felt like everything would fall apart. My move is complicated by the fact that I am not going with a traditional program, but through a year-long scholarship with the Federation of German American Clubs. The application in itself took over a month to prepare, which I submitted in early February. Then, I waited, and waited. I worried and tried to get any answers I could on the progression of things. Finally, in late May, I was offered a placement in Heidelberg, a small, tourist destination town about an hour from Frankfurt.

My first choice was Mannheim (only a 15 min train ride from Heidelberg), but the Federation did not submit my application to them in time, so they said I could start at Heidelberg, and then transfer to Mannheim for the Spring semester. This was fine by me. Heidelberg is, in my opinion, one of the most gorgeous towns in Germany. Additionally, the university is the oldest in Germany (634 years old!). My next challenge was finding a place to live. I didn’t want to live in the dorms, as I would have to sign a lease and be responsible for subletting when I transferred. The apartment renting market is notoriously difficult in Germany. It took months, many unanswered messages, and giving up on my dream of a one-bedroom in the Altstadt to find a place. As I am taught time and time again, studying abroad requires flexibility. While it might not have been what I thought I had wanted, now I have experienced roommates to fall back on if I have questions.

A more recent panic situation was on the day of my departure. I needed a negative COVID test within 72 hrs of my flight.  I was flying out on a Monday at 7:30pm, so I went to get a drive thru COVID test at Walgreens first thing Saturday morning, which they said should be ready in 24hrs. Monday at 10am, I called the lab to see if my results would be ready in time. The employee told me yes, but they were running a bit behind. He said to call back in a few hours to help make sure the process was being moved along. I called again after lunch and was told that the previous information I was given was incorrect and I would not be receiving my results until Tuesday morning. That is when I started to break down. I was supposed to be leaving in three hours for the airport and I had no negative COVID test. I drove as quickly as I could to a walk-in clinic and was able to get the test done in nick of time.

I arrived in Heidelberg, Germany five days ago. My first full day was spent running around getting administrative things done (registering with the city, finalizing my enrollment with the university, etc.), but the second day I decided to spend as a tourist. I went to the famous Heidelberg castle, the old bridge, and to a Banksy exhibit. This place looks idyllic, and much of it is, but that does not mean my experience will be without hiccups. Yesterday I attempted to go to a farmer’s market. There was only one stand and I spent $10 on grapes. They are pretty tasty grapes I suppose.

I’m not sure when it will kick in that this is my new home. I spent so much time thinking about what could go wrong, trying to mitigate those things, working to make everything as seamless as possible. Maybe I chose a more rocky path than most, but it’s already paid itself off. Just being able to look over the city and say “I live here”, that made it worth it. Moving to another country may seem like an insurmountable task, but I promise, it will be worth it.