What To Do When Things Go Wrong During Study Abroad

I have learned the hard way, through roughly 10 years of traveling abroad and two study abroad experiences, that it doesn’t matter how much you plan, things are always going to go wrong at some point or another. It might be that bad weather delays your flight, an unexpected issue causes an excursion you planned to get cancelled, or you simply get sick. All of these things happen a lot more frequently than you would hope, but I have learned a few tricks for getting through these situations without going into full-blown panic mode.

To start, let’s talk about some of the adverse issues that I encountered this summer on my study abroad trip to Australia:

Although all of these things went wrong in a span of about 6 weeks, I don’t regret anything about my study abroad trip. The amazing views that Australia had to offer, the experiences I had at the Australian National University, and the people I met all outweighed the negative issues I had. Each time one of these things happened, I had to remind myself of this. The key to getting through all of these mishaps is to stay positive. Here are a few tips that I have found help me to do this during times of stress abroad: 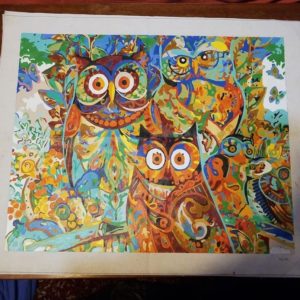 These tips obviously don’t guarantee that nothing is going to wrong for you, but hopefully they will at least give you some guidance on things you can expect to happen and what to do when they do. After two study abroad trips, I have found that it is always better to be prepared for these situations ahead of time than to go into panic mode when they occur unexpectedly.