Returning back home after three weeks abroad was like a breath of fresh air. I was ready to be back in my own bed, not rooming with anyone else, to have different food options besides Indian food, and to wash clothes in a washing machine instead of in the sink. Studying in India was the best decision I ever made, I got to meet people I never thought I would meet and see beautiful places, however, there are a few things I would do differently.

The first thing I regret not doing before I went was trying to learn some Hindi. It sounds obvious but I didn’t even think to learn “Hello” or “thank you” and being able to communicate in some way with people would’ve been very helpful because you don’t always have a translator and not everyone knows English.

Another mistake was packing way too much. When you’re abroad nobody cares if you’re wearing the same outfit four times in the same week, especially if you’re out in rural villages meeting people who live on less than $2 a day. It’s also so much easier on yourself if you bring the smallest bag possible with only the necessities. I ended up leaving many toiletries and clothes in hotel rooms along the way. 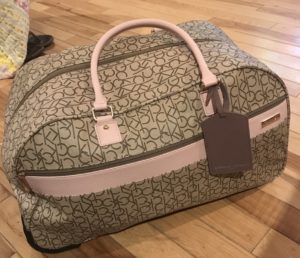 I also should have done a better job at deciding how much I was going to let myself spend on souvenirs, there were so many beautiful things to buy in India and it’s all very cheap! But that doesn’t mean you need it all. Purchasing fewer, but more interesting items is a better way to go than buying everything, especially if you don’t have much space in your bag to begin with. Your family and friends will be just as happy to see your pictures and hear your stories than having a small statue of an elephant you got for 100 rupees.

We’re all going to make mistakes when traveling across the world with only a suitcase full of stuff, so don’t sweat over which running shoes you decide to bring and focus on soaking in as much as possible during the small time you have in a foreign country.