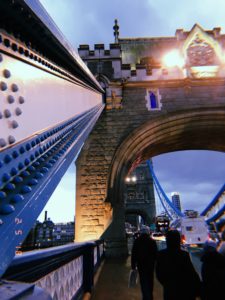 Culture shock. Before I left for study abroad and once I arrived at my new temporary home, it seemed to be all people could discuss. I patiently sat through at least five different lectures or online seminars with a graphic of the same culture shock curve presented each time. Here’s the thing though – I really didn’t identify with what I learned. Instead, I found myself acknowledging differences between the United Kingdom and the United States and just enjoying all the little quirks that each had to offer. Overall, I would say that I did not experience culture shock in the way it was repeatedly presented to me. Instead, I experienced culture shock over my own misguided expectations. Before leaving for London, I was inundated with stories from others about how magical studying abroad is and how you’ll never want to leave and how it will be the absolute best thing that has ever happened to you. And sure, in hindsight it absolutely was all of those things. But no one told me how desperately I’d miss my family at times, or how frustrating the time difference would be when trying to call and speak to loved ones. No one told me that it can be tough to make real connections with people at first, because everyone is just so desperate to make friends as quickly as possible that you often end up spending time with people you have nothing in common with. No one told me not to compare the highlights of their own trips with every single high and low of my own. Because here’s the thing – when you’re experiencing anything negative while abroad, you may be tempted to think that you’re doing something wrong because no one told you that you might feel like this sometimes. I know I was more than tempted. I was convinced. I convinced myself that anytime I felt sad while in London, that something must be wrong with me and my experience. Because I was in London! What could possibly be that bad to stop me from being happy 100% percent of the time? All of the anticipation and build-up toward this “once in a lifetime opportunity” somehow managed to convince me that feeling a completely normal and healthy range of emotions was unacceptable and I feel like this is the thing I reflected upon the most when I look back at my trip. My six months in London were the most exciting and fulfilling of my entire life, but that doesn’t mean that every second of every day was filled with joy and fish and chips. It means that London will forever hold a piece of my heart because it carried me through highs and lows. I trust London. I love London.