How I Came to Be in Ireland

Up to this point in my life as a second year college student, I had never left the United States and had only been on an airplane once. I am not normally the adventurous type, and therefore, my decision to decide to leave for Ireland was borderline out of character though it was one of the best decisions I have ever made if the past two weeks are any indication. What drove me to go in the first place was a flyer that advertised a film department trip to the beautiful, open grasslands of Ireland. Without having previously thought much of taking a summer to study abroad, I suddenly had visions of being in the picturesque landscape I saw before me on that piece of paper, and my literature professor that semester was one of the faculty heads of the trip. The prospect was enticing, and I called my parents to inform them of the opportunity without really considering the possibility of actually going. They encouraged me to go for it after obtaining all the information, and after setting up a quick meeting with the other professor on the trip, I decided I had to go.

There were many reasons that Ireland was too wondrous to pass up. For one, there is no language barrier. The local Irish language of Gaelic is spoken in parts of the country (which is steeped in fascinating cultural history), but everyone speaks English and eats meat and potatoes. I thought that with the food and communication taken care of and the education part of things in trustworthy hands, there was better way to experience an adventure. This quest did not feel like a reality, however, until actually arriving at the airport as I think is the case for many people. 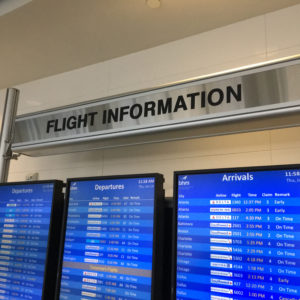 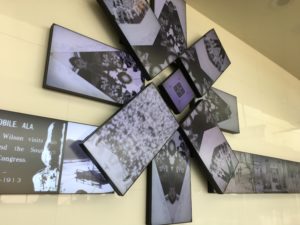 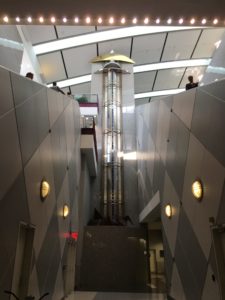 I arrived at the Birmingham airport (and the Atlanta airport shortly after that) bearing a suitcase that was slightly over the weight limit for free baggage, however, the fee for carrying two bags would have been the same, and I wanted to be prepared. I brought enough clothes to last about 2 of the 5 weeks before washing (the point of the trip I am currently at ironically enough) along with a backpack containing my laptop, a binder, and my calendar. Also hidden with the confines of my luggage was an envelope of euros I had secured before departing the U.S. After the last minute packing, I happily picked up a Chick-filet and boarded the flight for Atlanta. Atlanta is a bizarre flight because most of it is spent taking off and landing. Atlanta is a much more expansive airport than Birmingham, and it is honestly a nice place to be. There is a burrito place called Qdobas that I would definitely recommend.

I met some of my fellow UA travellers at the terminal, and then prepared for a flight to Dublin. The flight was an all-nighter, and honestly as someone who had barely ever flown, it was the most intimidating part before hand. After getting on the plane, however, it was honestly a pleasant experience. There were televisions on the back of the chairs, and I watched the new Spielberg documentary which was quite inspiring as a filmmaker about to take a journey to a new place and hoping to evolve as an artist. There are also free meals on all night international Delta flights; these dinners are surprisingly great. I had chicken, cheese cubes, grapes, potatoes, salad, a cookie, crackers, and a sprite, and I could not have been happier with this midnight meal. The sleeping thing was an issue though. Having a seat directly across from the restroom is a guarantee that adults will awkwardly make their way through the aisles and bump into you every time you drift off. I have no reason to complain though. It was a flight that went off without hitches, and I got a couple hours here and there to keep me going the next day. Also notable was the incredible size of the plane. This one vehicle matched the size of the other two planes I had been on combined. Following a pleasant day of flying we arrived in the Dublin, Ireland…