Farewell to the city of the infamous gelato!

My time in Florence has ended, and I am now back in the States. While over in Florence, I was asked a plentiful number of times “do I miss my country?” or “am I going to miss Italy?”. After thinking about the two the answer is yes to both. While in Italy I missed being able to cook and strangely I missed driving. Now, the reason behind it did not have anything with being lazy, but I just missed driving with the windows down playing some soulful music. Two things that I took for granted from the United States are ice and free refills on water. Being over in Italy there was a limited source of ice as well as no such thing as water being free, let alone receiving free refills. One thing that Italy has taught me was to enjoy the beauty of walking, breathing everything in. If you want to see the best views or even some of the hidden beauties, it is more than likely going to take a stroll to get there but it is worth it. It makes you think about the traditional ways where walking was the main source of transportation—you feel a part of history. Italy is a very different way of living, but it would not be something that I would be opposed to doing again. The time I spent in Italy was a dream come true. (:

One other thing that I want to mention that is very important for when you prepare for the country you are studying abroad in, is to make sure that you schedule an appointment for a taxi to pick you up. Do not make the call the day of or five hours before because there is a high chance that other students or tourists might be leaving at the same time as you. This could lead you to possibly missing your flight, which is not something you want to go through. 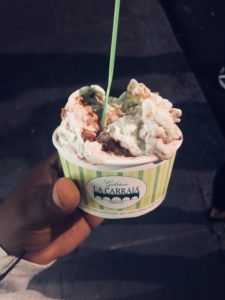 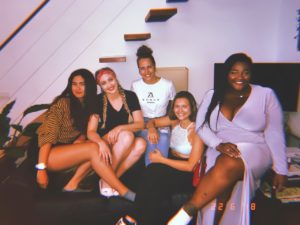