An Update on my Tanzanian Adventure

I’ve been in Tanzania for almost 3.5 months now, and I’ve loved every minute of my time here. Despite being very different from the United States, I didn’t have any issues adjusting to life in Tanzania; however, I have definitely grown from exposure to the culture. For example, I am better at accepting that not everything will go as planned or happen on time (here, everything happens on “Tanzania time” – i.e. late). Also, I’ve grown to put more time into relationships and less time into work after seeing how important relationships are to Tanzanians (people will stop and greet friends and family for significant periods of time despite having work or meetings to go to because they value relationships so much).

Some information about my home-away-from-home: for the majority of my time abroad, I have lived in a town called Iringa while studying and living at Ruaha Catholic University (RUCU for short). I live in the dorms with a Tanzanian roommate named Rahma, but I only take classes with the other American students in my program (there are eight of us in total). I’m taking five classes, four of which are taught by local Tanzanian professors; my classes include: Field Research Seminar, Beginner Swahili, Sustainable Rural Development, History of East Africa, and Contemporary Educational Issues in East Africa. The class material has been extremely different from what I am used to (I take math and economics classes at UA), but I’ve enjoyed learning about Tanzania and the issues facing the country. In terms of intensity, the courses are pretty equivalent to courses in the US, if not maybe a little easier, but my class schedule is more packed than what it usually is in the US. Because my program includes a month-long field research assignment in a remote village, the course material is taught in three months rather than four.

During the past month, I conducted my field research and volunteered while living with a host family in a remote village outside of Iringa, Kilolo Village. My field research topic involved investigating parents’ levels of engagement in their children’s educations in the village. In addition, during my last week in the village, I volunteered at one of the primary schools, helping an English teacher for roughly two hours every day. My Swahili skills were definitely tested in the village as almost everyone I talked with spoke little-to-no English. Because I was extremely busy with my research, I was not able to learn a ton of new words and tenses in Swahili; however, my speaking skills definitely improved after four weeks of regularly using broken Swahili to communicate. I am incredibly thankful for my Swahili teacher, Paulo Kateme, because without his class and his assistance, I would have had a difficult time in the village.

Over the course of my time in Tanzania, in the village and elsewhere, I have been able to both see a lot of the country and branch out of my comfort zone – two of my goals coming into the semester – through numerous program excursions. At the beginning of February, I went on a two-day safari in Ruaha National Park and elephants, zebras, giraffes, lions, cheetahs, and many other animals (pictured below). 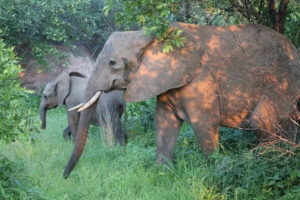 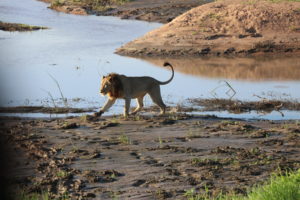 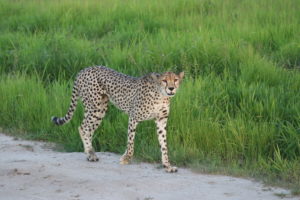 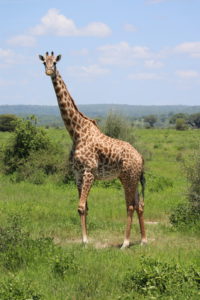 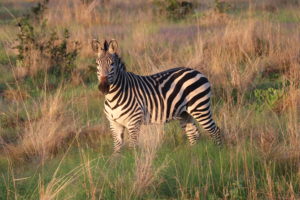 Then, I had a week-long semester break at the end of February and beginning of March, so three of my friends and I decided to go to Zanzibar, an island off the coast of Tanzania, for break. We took a 10-hour bus ride from Iringa to Dar es Salaam, followed by a 1.5 hour ferry ride from Dar to Zanzibar, and then relaxed in Zanzibar for five days. A week after getting back from Zanzibar, I traveled to Dodoma, the capital of Tanzania, for a weekend as part of a planned program excursion. Dodoma is known for its wine, so we toured a wine factory while there.

A few days ago, I stayed at a beach on Lake Nyasa, a lake along the southern border of Tanzania which is also known as Lake Malawi to Malawians, with my program director and the rest of the students in my program. On our first day, we went on an intense hike to a waterfall which significantly pushed me out of my comfort zone given my fear of heights and given the fact that I suffered a pretty bad fall during the hike. During our second day, we took an hour canoe ride to a village that is known for its pottery and we attempted to make clay pots. Afterwards, we took the canoes to a certain part of the lake which has a lot of fish, and my friends snorkeled (I went in the water but decided not to snorkel because the waves were pretty rough). I am pretty afraid of deep water because I am not a strong swimmer and I am afraid of drowning, so this excursion also pushed me pretty far out of my comfort zone.

Other local excursions/activities I’ve taken part in with my classmates and program director include hiking to the Gangilonga rock, visiting the Mkwawa museum and weaving baskets with local Hehe women, making jewelry at the Maasai market, and hiking at the Isimila stone age site. Needless to say, I’ve done a lot since arriving here in January!

With only a few short weeks left in Tanzania, I’m anxious for the end of my time here. I know my last day will be incredibly bittersweet – I’m not ready to leave yet, but I’ll be happy to see my family and friends once I arrive in the U.S. And the thought of a nice, hot, Western shower and washing machines at home isn’t too daunting… For now, though, I’m going to enjoy my last few weeks here and do as much as I can before I leave.