I went to Europe to study abroad in the Czech Republic and Greece but ended up exploring two additional extraordinary places. I have always been one to be spontaneous and adventurous so when the opportunity to spend the day in Vienna Austria or Dresden Germany arose I could not pass it up.

Around midnight the night before Vienna, my roommate and I along with a few other classmates decided to book tickets for the 5AM train going to Austria. We barely caught any sleep but it was well worth it to get to Austria by 9AM. Once we were there we visited various palaces and walked the streets listening to all of the street musicians while eating desserts and grabbing coffees as we made our way around the city.

The next country we hit was Germany in the city of Dresden. We spent a lot of time in the cute restaurants along with finding our way to the top of a church roof where it had the most breathtaking view of the entire city.

Lastly, we said goodbye to Prague and hopped onto a plane to make our way to Athens Greece. The city of Athens has so much history but my favorite parts were down by the coast seeing the beautiful blues of the Mediterranean Sea. As a group we explored the Temple of Poseidon which had a view of multiple cliffs and I have never been so speechless at the beauty of the world.

I spent 17 days in Europe studying abroad and I received the opportunity to see 4 countries, which is overall the experience of a lifetime. 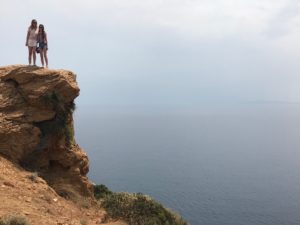 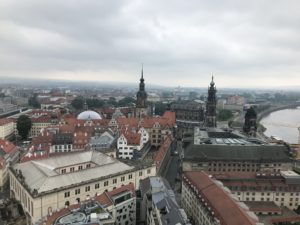