One of the reasons I chose to study in the Atlantic coast of Colombia was because I wanted to learn more about AfroLatinx culture in the Caribbean. Cartagena, and the neighboring town of Palenque, located just a couple of hours away from Barranquilla, provided the perfect venue in which I could enrich my understanding of the nuances of AfroColombian culture.

Cartagena, one of the most important slave ports in the Americas in the 16th century, has preserved its beautiful colonial architecture and rich history. Throughout the city, one can easily see the infusion of Spanish and African influences that comprise the diverse and complex national identity of today’s Colombia. World-renowned Colombia author (and my personal favorite) Gabriel Garcia Marquez, loved Cartagena, for it embodied not only AfroCarribbean culture, but the magic realism Colombia is known for. I was immediately attracted to the bright colors of the buildings and the striking flowers that seem to flourish everywhere throughout the city center. African art pours out of the shops and women with beautiful dark skin, dressed in dresses of vibrant colors, sell fruits from bowls on their heads. I spoke with these women, and learned that they are from Palenque–a town formed by escaped slaves, who fled from their masters in Cartagena and realized their own freedom and destiny. I immediately knew that I could not just listen to stories of this incredible town. I had to visit and see it with my own eyes.

My friend and I boarded a bus from Cartagena to Palenque, and admired the rolling countryside and little towns along the way. The bus did not make trips to Palenque and the driver informed us that he would be able to drop us off close to the town, and we would have to take mototaxis (people offer rides on their motorcycles for a fee, similar to a taxi) to reach Palenque. There was a woman on the bus from Palenque, and she said she would ride into town with us on the motorcycles, and also offered for her husband to be our tour guide for the day–we gladly accepted. We began the tour in the middle of the town, which featured a beautiful little white church and a statue of the slave who led his family and friends to freedom. He is reaching his arms to the sky with an expression that shows the jubilation and relief he must have felt to escape his bondage and mistreatment. Palenque is a small, closeknit town and everyone we met welcomed us with so much warmth and hospitality. Palenque is known for producing wonderful musicians who introduce the unique music of Palenque to the rest of the country, and we visited the town’s music studio and met local musicians. We went to the town’s main beauty salon, where a young woman offered to braid my hair. I couldn’t possible refuse, and I got my hair braided that very day!

Everyone we met told us about their African roots, and how proud they were to carry on the incredible legacy of their ancestors. People from Palenque, los palenqueros, have not only preserved their African traditions, but also their own language (a Creole language comprised of Spanish and African dialects). Los palenqueros are proud of their African heritage, and in a country that does not always respect that heritage, I thought their pride and strength to be incredibly admirable. Throughout the town were several murals that expressed their AfroColombian pride; my favorite mural was one that displayed the words “Black Lives Matter”. Black lives matter. AfroColombian lives matter. The town of Palenque, although small, perfectly embodied the values of diversity and inclusion, that are oftentimes absent in the largest of cities. I left Palenque with a sense of fulfillment for I had gotten an authentic glimpse into the world of AfroColombians, and it was absolutely amazing.

Hospitality. Inclusion. Warmth. Community. AfroCarribbean. These are all words that I would use to describe the lovely town of Palenque. ¡Vale la pena mucho visitar este pueblo único y hermoso! 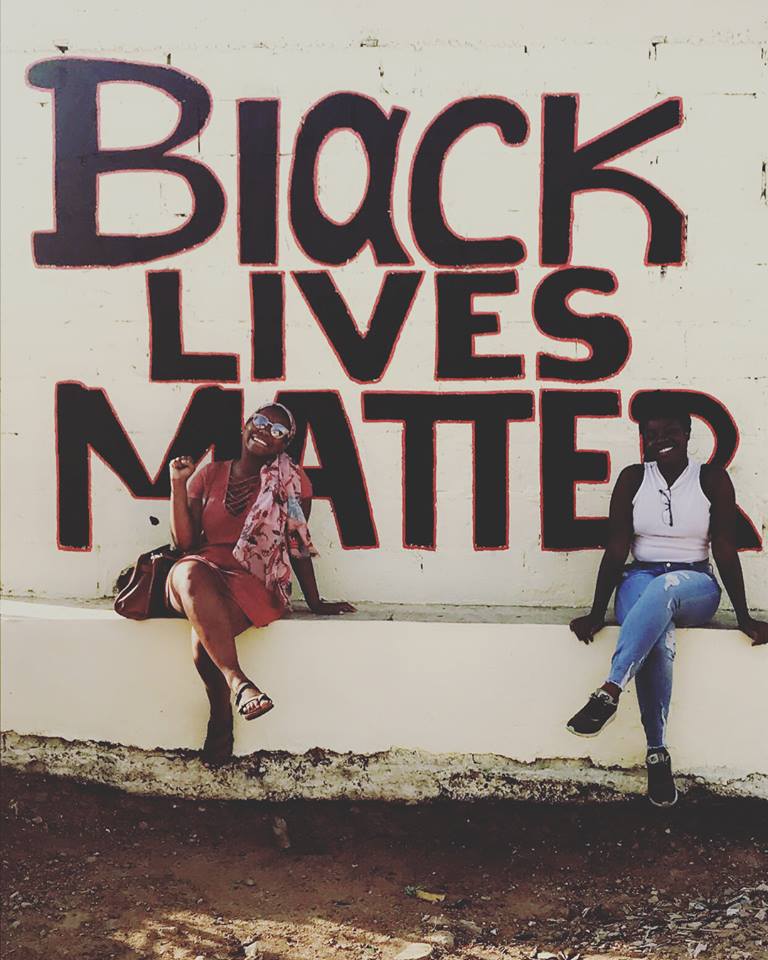