Despite being home in the United States, my mind often wanders back to the rolling hills of plum orchards and small bustling cities of Serbia. The sweeping cathedrals, delicious food, and friendly people were all and more than I expected. Here at UA, I study Russian and Eastern Europe, and traveling to that region for the first time with the Serbia Fellowship Experience was a dream come true.

The Balkans are an incredibly interesting place in the world, stretching along the fracture between the Eastern and Western world, entirely at home in neither. Here, one can find mosques alongside Catholic and Orthodox churches, the Euro accepted along with national currencies, and the Cyrillic alphabet on the same signs as the Latin script. One observes poverty juxtaposed with incredible wealth, democracy marked by extreme corruption, and European Union construction projects across the street from Gazprom fuel stations. This blend of East and West overlying nuanced ethnic dimensions makes the relatively lowly populated, economically insignificant, and rarely visited area of the world one of the most volatile and influential places on the planet, with World War I and two genocides all occurring here in the last century.

The Balkans will continue in this heritage of outsized influence by the mere virtue of its geopolitical position. This will be seen most egregiously in the game played by the United States and Western Europe with the Russian Federation over competing conceptualizations of world order. Is a liberal order marked by clear international rules and procedures, capitalism, inviolable sovereignty, and human rights the last phase of international politics, or does a revisionist Russia have other artifices in mind? If so, does Russia have the means to implement this alternative order? Will this games start in the Balkans and spread, or will a decisive victory of one or the other be achieved in this region alone? These questions are of the greatest importance, as the stakes are so high. 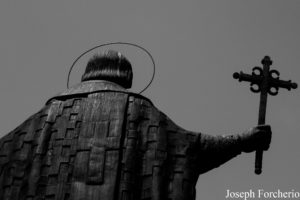