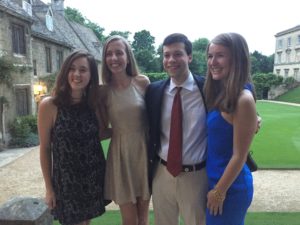 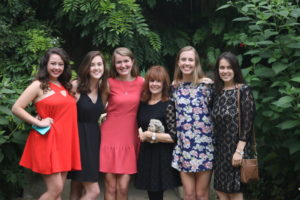 My experience at the University of Oxford is assuredly the most interesting and engaging adventure of my life thus far. My classes at Worcester College are fascinating and awe-inspiring, and I find it incredible that I get to learn about English Art and Literature in the place that inspired many of the works I am studying and harbored and fostered the minds that birthed them. I’ll try my best to summarize Oxford into a snippet for this blog post that doesn’t use annoyingly vague and nebulous terms, but for a town of its size, it is so decidedly vast and dense in history that it might be difficult to do otherwise. Oxford, it seems, is a place that commands respect regardless of who encounters it. Oxford is like a bridge between conflicting entities. Although it is an esteemed place, it still has a homey feel that allows even me, a girl from Alabama, to feel as if I’m a significant facet of the community. It looms large (the alumni list of the the university at which I’m studying is frighteningly stacked with accomplished individuals), but it’s not daunting to the point of inaccessibility (after all, I’ve managed to get here). It is multifaceted with its variety of colleges (there are thirty eight colleges in the University of Oxford that all have intense distrust of and competition with the other colleges, quite unlike the university system at home), but not forbiddingly complex. It is ancient, but still relevant. Students arrive to learn the intangible, but encounter a rich tactile environment. Among these things, although so much of the town is centered around the university where I’m studying, Oxford manages to stand alone as a culturally rich town without the academic influence for which it has become famed. I’ve been privileged to walk along the charming streets in an area of Oxford known as Jericho where lively pubs and music are plentiful and where Mumford and Sons once played several shows while they were still up-and-coming. I’ve been to several plays here, including an interactive version of A Midsummer Night’s Dream that included a scavenger hunt built into the play and a charming production of Alice. Among all these cultural surprises independent of the university, I’ve been most surprised by wide variety of people who fill the town. These range from tourists to townspeople to students, and it has been very enlightening to learn about the tension between the students and the full-time residents of Oxford. During my time here, I’ve become comfortable enough in the city to identify and avoid areas of town overrun with tourists. When I first started rerouting my daily walks to the Bodleian Library (which is incredible) and realized my strategic avoidance of those areas, I began to truly feel like a local and not like a visiting tourist or vacationer. I am sure that I will continue to settle into Oxford even more and cannot wait to see what the rest of this experience holds.