I love you France, but the rest of Europe is waiting

I first travelled to Europe in 2012 on a spring break tour, and it was that quick trip zipping through London, Paris, and Rome, that made me crave the experience of studying abroad. So I should have known that actually going to live abroad in France for a semester was only going to increase my need for travel.

Tours, France, where I am studying abroad, is probably what I would describe as a picturesque, staple French town, and while I love relaxing in the open parks or by La Loire river between classes, the urge to see all the amazing places both in France and in the surrounding countries often pulls me away from the town that is my new home.

With generous holiday breaks, and being able to maximize my course schedule for weekend trips, I’ve found myself traversing onto the next plane, train, or bus to a new location any chance possible. I’ve spent my long weekends enjoying places like Milan, Italy, Dublin, Ireland, London, Great Britain, and many of the other tiny castle towns in France, and obviously, Paris. Nothing can keep me from jumping on the train to head to Paris for the weekend, or just the day. I could go on and on about my favorite rooftop gardens, patisseries, or museum spots.

I’ve spent a few of my longer trips traveling along the French Mediterranean, seeing Monaco, Nice, Cannes, and then eventually finding my way to Barcelona. My 21st birthday was actually one of the first few days of my spring break at university here. So after meeting up with a friend in Barcelona, I made it my 2 countries 1 day birthday, starting the morning off in Barcelona and ending the evening on a gondola in Venice, Italy, followed by two weeks traveling throughout Italy with new friends, and ending by meeting up with friends in Amsterdam, just in time to see the tulip fields in bloom. 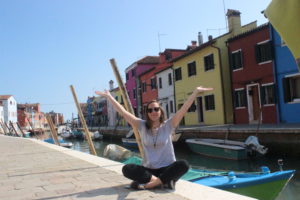 The colorful island in Venice! 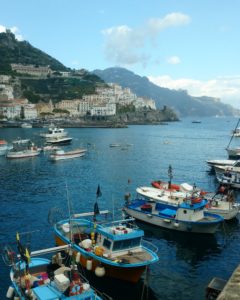 Ended my tour of Italy, chilling out along the Amalfi coast, eating gelato for breakfast…no seriously. 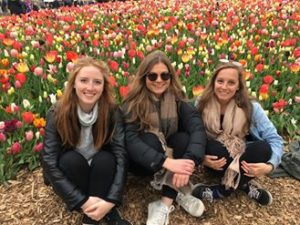 Made it to Amsterdam in time to see the tulip fields in bloom.

You would think that these weeks of travelling, only using my 35 liter backpack, that is not even one of the actual “backpacking” pack—because I told myself I probably wouldn’t actually have time to backpack and boy was I wrong—would wear me down in my quest to see every place possible. Thankfully it didn’t. Three weeks backpacking mostly alone through Eastern Europe, followed by a quick trip to the London, was one of the most eye-opening experiences possible, not only about all the many places and cultures I was able to experience, but about myself too. (I know, it’s cliché but true).

With each new place I go it seems that I am both craving to stay and continue to explore, while also being simultaneously called to the next adventure in the next city. However, all these adventures have made me so appreciative of the cities I call home, which here in Europe, would be Tours, France. All the new cities have also taught me that each place I go no matter how small and out of the way has something to offer. I’ve realized that I don’t often see the places I call home as exciting and interesting as those new sparkling cities, and my travelling has strengthened my resolve to explore more in the United States. Nothing is stopping me from travelling and exploring new cities in the States, like I do here in Europe, nothing is stopping me from enjoying the local parks, lakes, cafes, and museums, yet they often go ignored.

So while traveling as much as I have, has only increased my need to travel, it has also taught me that some of the best and most exciting adventures are right where you aren’t looking for them. 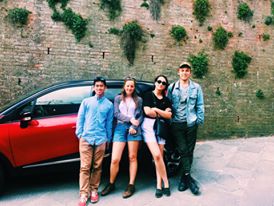 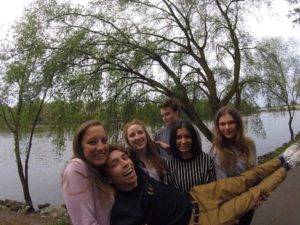 La Fam, the family I made in Tours, France. 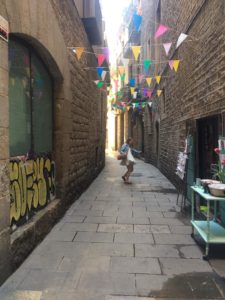 Taking Ed Sheeran’s advice to dance in the streets of Barcelona.