I had an absolutely fantastic experience studying abroad in Germany. It is amazing how similar yet so different two countries can be. It took me a while to adjust to the German culture upon arrival. Likewise, it took me several days to adjust to American culture upon my return.

The first difference I experienced was on my flight back to the United States. On the subways and buses in Germany, passengers were mostly quiet. There was not much conversation on public transportation, especially not amongst strangers. I was surprised when a passenger on my flight home struck up a conversation with me while we waited for our luggage. A normal American experience was suddenly foreign to me.  Although strange at first, I reverted back to my more sociable habits fairly quickly.

While abroad, I nodded my head and made other gestures to cope with the language barrier. When I walked into stores I would politely smile at the employees but avoided conversation in fear of using my broken German. The first time I walked into a store in the United States I was panicked when the salesperson walked up to me. After asking, “Can I help you find anything?” in English I was overwhelmingly relieved. I was still in the habit of assuming I spoke a different language than everyone else.

Reverse culture shock has come in subtle ways I would not have thought before leaving. While I was happy to leave schnitzel and ice-less water in Germany, I will miss the accessibility of public transportation and the wonderful friends I have made there. 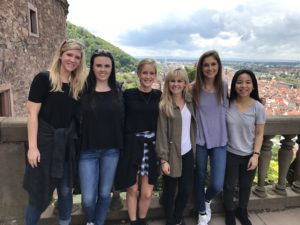 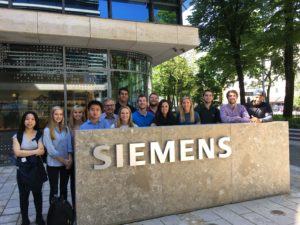