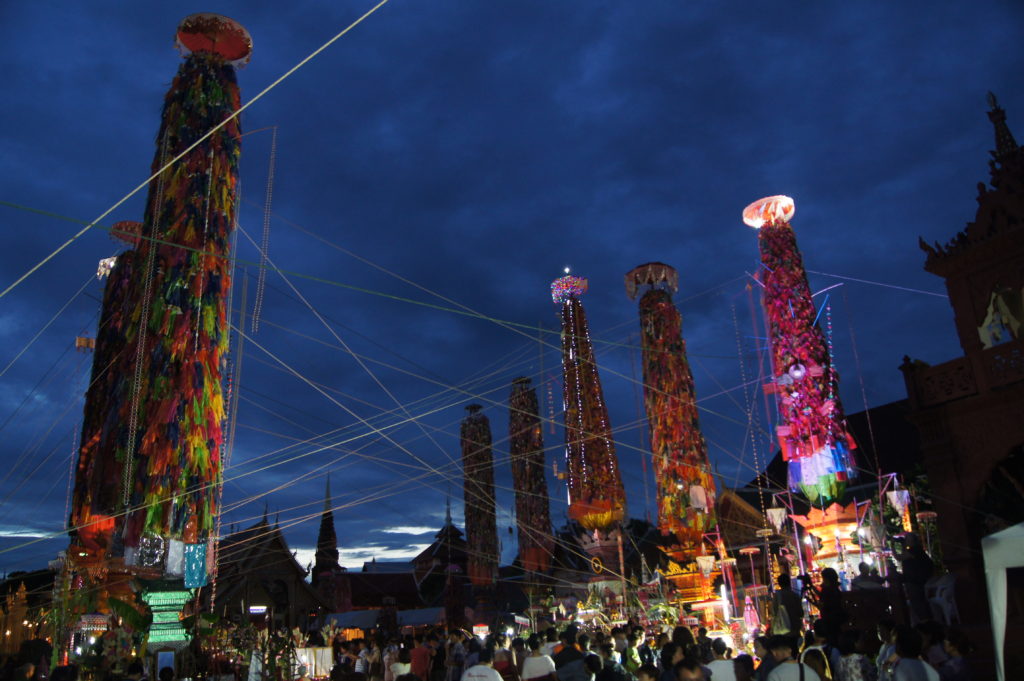 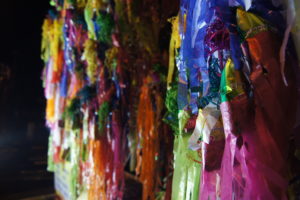 “I think we were the only Westerners there besides guys married to Thai’s,”

“Oh, definitely, I didn’t see any other farangs there,” and as I said that, I realized although we were the only foreigners there, not at any point did I feel out of place or unwelcome. Between the open heartedness of the Thai people, and how comfortable I have become in Thai culture, we belonged (atleast more than before that is).

We had driven down south to attend the Salak Yom festival I had somehow learned about on some funny website. Once a year, trees are built from paper and flowers, and each colorful ‘leaf’ holds something the monks need, from food to soap to clothing. That Friday the trees had been paraded through the town to be put on display at the temple, and tomorrow at 6am, during the normal time for alms giving, the trees would be presented to the monks and the festival would come to a close.

We weaved in between each 2 story tree, marveling at the artistry and detail put into each one, enjoying dance and fire performances and trying local dishes we had never seen before. All along noticing the lack of other Westerners, but never put off by it. After enjoying all the sights, sounds and smells we could , we had to make the trip back home to Chiang Mai (a trip filled with a lot less confusion than the trip down) and we couldn’t wipe the smiles off our faces from the hidden gem we had found in the small town of Lamphun, Thailand.