How To Do Paris

Paris was always one of those cities I assumed I would visit one day. The imagery of the Eiffel Tower, wide French boulevards, and high culture seems to be a common element of popular culture. From Casablanca to Ratatouille, Paris seems to comprise a large amount of collective consciousness in Hollywood and beyond.

For that reason, there’  s a lot of pressure to do Paris and do it right. We only had a few short days, but we really made the most out of our time.

When I first arrived in Paris to begin my UA in France experience, I was completely sleep deprived and absolutely overwhelmed. I landed in Charles De Gaulle 48 hours after the rest of the group, and got to our hotel at around 9 am less than fully ready for a day of sightseeing.

I had never been to Paris before, but the other 21 students and I in our program would be spending the first week of our trip staying at the Hotel de Senlis and being tourists in the beautiful (and times overwhelming) city. I barely had time to drop off my suitcase in my room before we were off to the Musée d’Orsay- so it was evident that it was going to be a busy week.

Although we only had a few hours at the museum, it was certainly an experience to see selections of paintings by Monet, Renoir, Van Gogh, and a whole hosts of impressionist and post- impressionist artists that I had read about since elementary school. The museum itself is also a work of art- it was originally a train station called the “Gare d’Orsay,” giving it a unique look and feel from the many other museums who call Paris home. It sits on the Seine River, and is one of the largest museums in Europe- making it a must see for us!

Later that night, we all got ready again and headed to the Moulin Rouge. To be honest, everything I knew about the Moulin Rouge previously I learned from the movie, so I wasn’t sure what to expect. However, after coming to terms with the fact that Lady Marmalade would not be performed, the experience ended up being incredible. It ended up being one of the group’s favorite activities- for one thing, the food was great- but the costumes and acts were absolutely amazing.

Another night, we had tickets to see an opera- “La Triviata.” However, upon arriving at the opera house we learned that due to the worker’s strikes in France at the time, the opera would be performed without lights, props, and for the most part, costumes. Instead of taking a refund, we decided to see it anyway- and it was definitely worth it. Despite the fact that a lot of the glamour was toned down, it ended up being a more cultural experience- and we were able to focus more on the talent, which is the centerpiece of the opera anyway.

The next day, we headed to Versailles- we left the hotel bright and early, but we weren’t able to board the RER to get to Versailles (which is right outside of Paris) due to strikers having thrown concrete on the tracks. We waited at the station for a little less than an hour, and ended up taking another route. Although the delay was annoying, it was fascinating to see the strikes and how they affect daily life in France.

Some of the other highlights we visited included the Eiffel Tower (of course), the Notre Dame,  the Louvre, and the Picasso museum. We typically managed 2 or 3 attractions a day, which meant that although we saw a lot, we didn’t have a ton of time. But for me, that just means we’ll know exactly what to see the next time we’re in Paris! 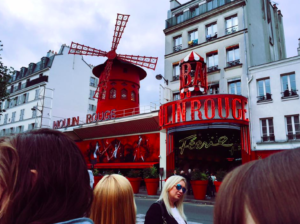 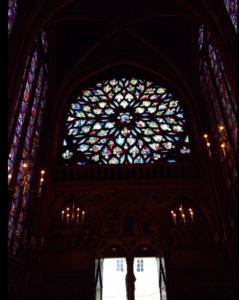 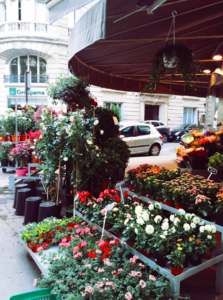