I can’t believe that I’ll be going to Russia next week. It is so weird not to be at Alabama with all of my friends, but I am very excited about studying abroad.

I have always wanted to visit Russia so last summer I began taking Russian classes here at Alabama with the intention of studying abroad in Russia. I found a great program that caters to my major, International Studies, at one of Russia’s top universities, Moscow State Institute of International Relations. I’m so excited about getting the chance to study at this university and also getting a chance to experience living in a different country.

There was one time I got extremely nervous about going. During the pre-departure orientation, it really hit me that I was going to Russia. I began to question myself if I was making the right decision. The next day, as my panic was setting in, I learned that one of my classmates in my Russian class studied in Russia for almost a year. Talking to her about studying in Russia really helped calm my nerves and she was able to offer me some valuable pieces of advice. She described it as the time of her life and made me realize that despite my nervousness, it can be the time of my life as well.

So I’m not quite as nervous as before. I’m mainly nervous about packing everything I need for four months at this point.  I’m also slightly nervous because its going to be a brand new experience. But whatever happens I hope I can come back with a new perspective on life and hopefully my Russian will have improved by then. I also hope to make new friends on the other side of the world, but, ultimately, I hope to have the time of my life. 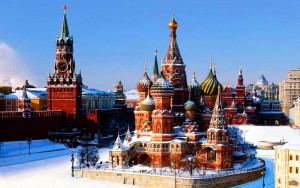