As I sat at the airport, a flood of emotion came over me. I was anxious, excited, nervous, and sad all at the same time. Saying goodbye to my friends and especially my parents was nearly impossible. I flew through security, which rarely ever happens, so I had a couple hours just waiting at the gate. I was anxious to start my adventure. Before going abroad, there were a lot of questions I had to answer: Where should I study? Should I go with a friend? How am I going to pay for it? I ended up deciding to study at the University of Otago, in Dunedin, New Zealand by myself. My sister moved to Sydney, Australia over the summer, which influenced where I was going to study. I am going by myself because I want to be able to fully embrace the New Zealand culture and meet a lot of new people. If I went with friends, I knew I would rely on them too much.   Paying for study abroad was one of the largest factors that played into my decision. Since I am studying on an island, everything costs more, so I have to budget my money better. I ended up applying for numerous scholarships, which helped cover the cost of tuition and will allow me to have more money for traveling and adventures. I probably will never have the opportunity to come back to New Zealand, so I need to take advantage of the time I have abroad. I hope to travel and spend as much time as possible exploring the island. My semester does not start until the end of February, so I am spending a month traveling Australia by myself before meeting up with my program in New Zealand. I booked all my flights throughout Australia before I left to ensure that I visit all the cities I want to. My adventure starts today! 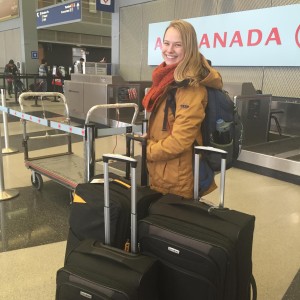