In 5 days I will be boarding a plan to go to Stirling, Scotland for four months. As much as I’ve tried to wrap my head around that I doubt that I’ll process the weight of it until I’ve boarded the plane and taken off. Needless to say, I’m pumped. I could say that I’ve wanted to study abroad since before I was even sure I was going to college (which is true). Truthfully, I didn’t consider it a legitimate possibility until I knew that I wouldn’t have to pay for the entire thing myself.  I orginially wanted to go to Switzerland before realizing that it would take a lifetime of loans for just a semester- so Scotland it is! Although I should hardly consider it settling, Scotland has everything I could hope to have in a semester abroad. A great school, gorgeous scenery, and enough good food to bring on the Junior 45 (I somehow avoided the freshman 15 and I have a feeling it’s come around to claim me).

Preparation for this semester has been the countless emails, documents, forms, and applications that I’ve been working on for the past 4 months. Honestly that is nothing compared to the task that I have yet to start despite having 5 days until departure- packing (If you know me well, then I’m sure you’re hardly surprised). Although I did myself a favor by waiting until the last night to pack when coming home from Alabama- I hardly have any clothes to take. Considering the temperature probably won’t get above 45 degrees fahrenheit until March, I’m mostly taking coats anyways. I could probably wear the same shirt every day underneath and no one would know. 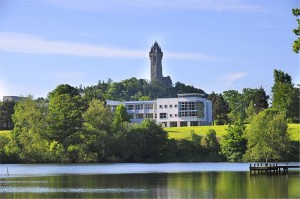 I doubt that my feelings about going are any different than any other person who’s about to live overseas for four months that’s never been out of the country for more than 10 days. I am so excited and trying desperately not to try and expect anything, because I actually have no idea how it’s going to be. I’m a little terrified that I’m going to get there and have no idea what I’m doing. I’m also kind of afraid someone is going to make me try haggis. But mostly I’m afraid that I am going to get on my plane back to the United States and say to myself, “I didn’t do enough”. So here’s to taking advantage of every opportunity that may come, and seeing as much as possible without running out of money.