Studying at the Paris American Academy has been the main part of my trip. I am taking a class called Design Process, in which I find inspiration, design a full collection, and create a portfolio of my finished work. I am also taking various workshops called Essentials of French Fashion that include hat making, felting, dyeing, couture sewing and embroidery techniques. 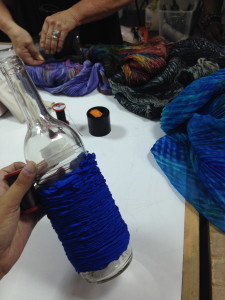 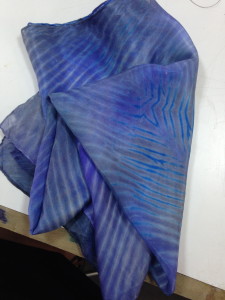 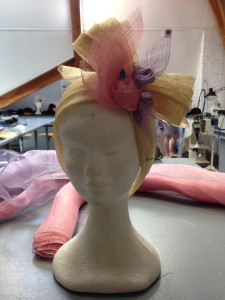 My favorite opportunity, however, was working backstage at Paris Couture Week. I was assigned to work as a dresser for five shows: Tony Ward, Busardi, Antonio Ortega, Zvonko Markovic, and Eymeric Francois. Seeing the designers’ work behind the scenes on the day of the show was absolutely incredible. My classmates and I would be assigned to a model, prepare their looks, and help them dress for each look during the show. It was interesting to meet the models and see who they were and where they came from. One was from Dallas, Texas, and one was from the Czech Republic. The latter had been modeling for ten years and was off to Rome for modeling auditions the next day. 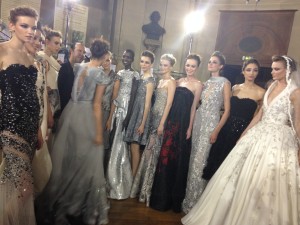 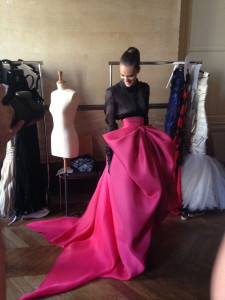 Overall, I have not found the teaching system in Paris to be different from the American system. It seems to be a bit more relaxed, though, with announcements usually being made only a day before the event. It is difficult, at least in my program, to find time to go and explore the city after class ends at six. Most stores close around six or seven in Paris, which is something I’m not used to! I have been able to see all the sights I wanted, but I have to accept that I can only go and explore after I have my work done and finish class. It’s important to find that balance of work and fun.