In the Midle of São Paulo 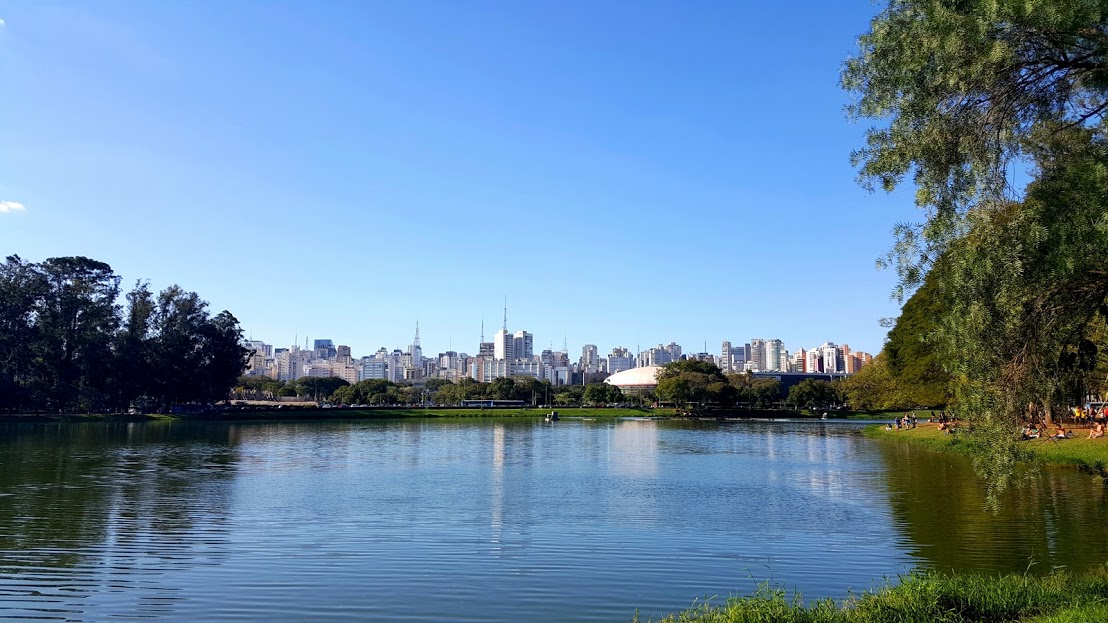 If you can learn nothing else from this blog post, know that Sao Paulo, Brazil, is a massive, expansive city. I am far from a city boy, but I cannot imagine anyone being able to gaze at the seemingly endless expanse of this city and be unimpressed. Though Sao Paulo has tall buildings, the city seems to have grown in breath more than height over the years. Disorganized, random, and beautiful, it doesn’t necessarily lack a center as much as it has multiple focal points. My professors, Sao Paulo natives, repeatedly tell us the common joke that Sao Paulo looks like a city created by someone simply dropping buildings out of an airplane. High rises are mixed in with two story shops, and good neighborhoods and dangerous ones exist in very close proximity to each other. I am living on the northeast side of the city, in a well to do neighborhood of mostly high rise apartments called Higienópolis. 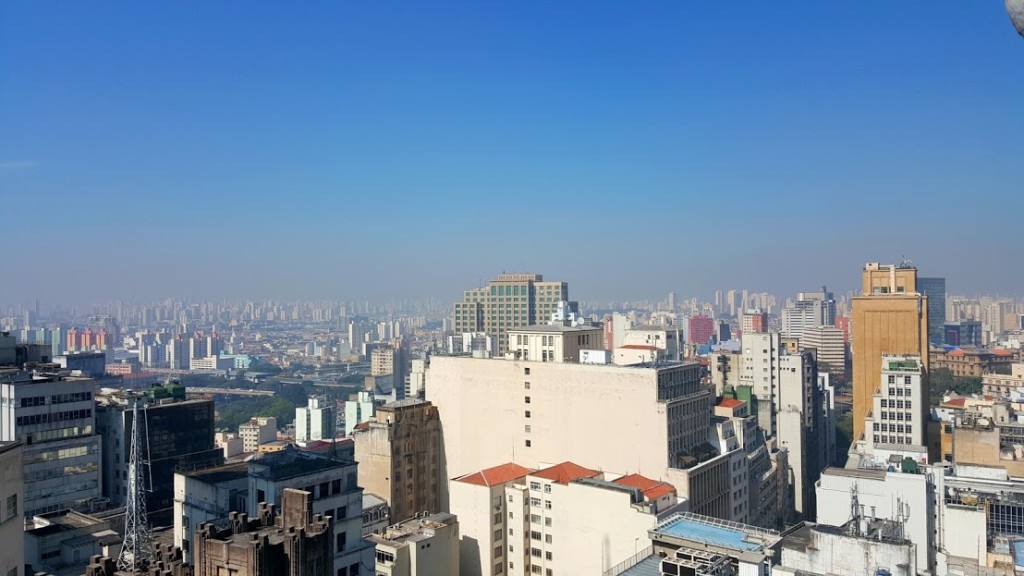 Despite having been here for several weeks, I have yet to figure out if the neighborhood’s obsession with security is justified. Every building has its own doorman and security guard. Residents must pass through imposing double gates before gaining accesses to apartments, and security lighting and security cameras line the streets. My Brazilian friend, the son of my homestay landlady, says that it is mostly paranoia. However, after seeing the state of things a few streets over, I think there may be more solid reasons than simple paranoia for all of this security. Sao Paulo is often billed as a violent place

Though roughly equal in population to New York City, it has quadruple the murder rate. A significant number of these murders are in the poor shanty towns on the outskirts of the city, the internationally famous “favelas,” where drug gangs fight miniature wars over territory, distribution, and production claims. I don’t want to minimize the crime in the city, but I think it is very easy for people to exaggerate it looking at the city from the outside. Most of the riskiness of the city can be avoided if you simply know where and where not to go. My economics professor, a life-long Paulistano, jokes that he’s been mugged only once during his whole life in Brazil, but twice in the United States while he’s been there on visits.

My first impression of Sao Paulo was, predictably, its scale. As a first time international traveler, it was a unique experience to hear announcements and advertisements in the Brazilian airport entirely in a language that I don’t understand very well. It can be very alienating to lose such a significant part of one’s ability to communicate. There are a lot of Brazilians who speak English in varying degrees of skill, but the ones that I interact with on a daily basis: taxi drivers, waiters, and people on the street don’t. It has been a sink or swim experience, but a good one.  Despite the difficulty in communication, I really love this place. Most of the people here are kind, genuine, and welcoming to strangers. I’ve seen views and city sunsets that have taken my breath away. The US Dollar is extremely strong here right now, and I have more purchasing power than ever before. (For example, in a nice restaurant in a pricey part of town, I can have a very nice meal with dessert and drinks for less than 30 bucks, tip and tax included.) Besides being surprisingly cheap (right now for an American), the food is fantastic. Sao Paulo has long been the hub for international immigration, and many of the immigrant cultures have maintained or adapted their traditional cuisines in Brazil. Sao Paulo has it all, and with great selection. 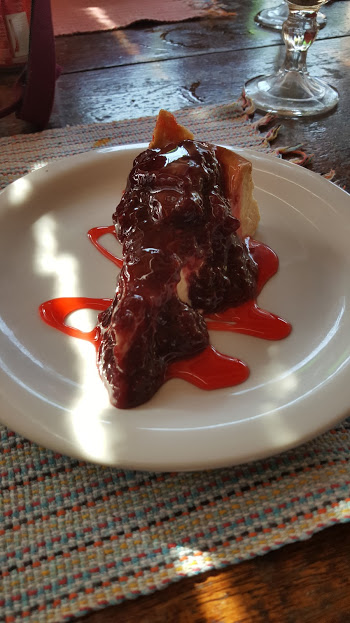 Academics in Brazil are interesting. Classes last much longer (often in the 2-4 hour range) but occur fewer times in a week. My friend, a student at the prestigious University of Sao Paulo, said that his first semester as a philosophy major consisted of two four hour classes that occurred twice a week, for a total of 16 hours a week in class. This seems to be fairly typical for Universities in Brazil.  The general commentary I hear is “less homework, more class time.” I have had a particularly extreme case with my class time load because I’m trying to get 6 credit hours of Portuguese as well as three hours for a business class. On average, I’m in class 7 hours a day, and spend another 1.5-2.5 hours at FAAP doing homework or waiting for class to start. It has been a grind, but well worth it. The language class is extremely intensive, 4 hours a day, 5 days a week, of class taught entirely in Portuguese. However, I have noticed my language ability growing, particularly my ear for Portuguese. The business class has been engaging as well. There has been a lot of interesting discussion on the differences between Brazilian and American businesses, as well as a helpful “outsider looking in” perspective on the US economy and foreign policy. 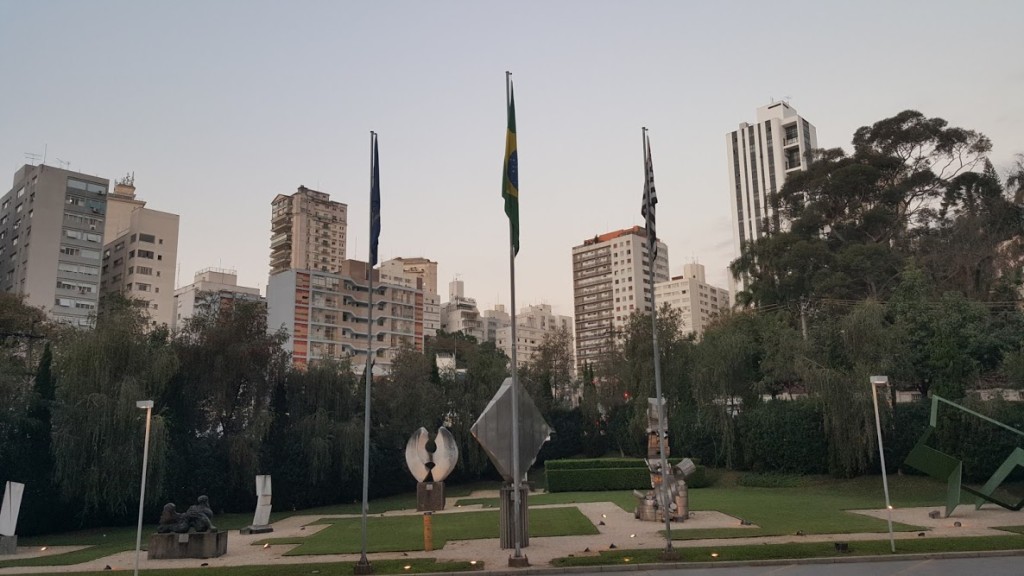 Though I have taken many excellent small excursions throughout the city and state of Sao Paulo, by far my favorite trip has been my weekend vacation to Rio de Janeiro with some of my fellow international students. The city is gorgeous and absolutely lives up to its reputation as one of the most beautiful places in the world. I was able to most of the landmarks: Christ the Redeemer, Sugarloaf Mountain, and Cocacabana  beach among others. Photographs more than words can do this place justice. It is truly breathtaking . 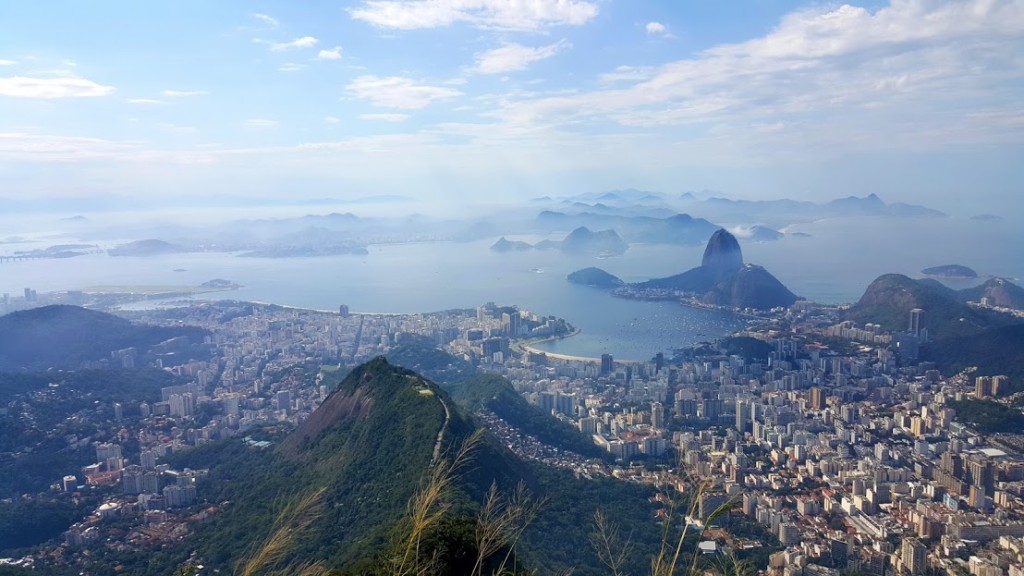 As I prepare to return to the US, I have begun to reflect on my time in Brazil. It has been a wonderful, eye opening experience. I have grown in my ability to speak Portuguese, and have been able to see how people in another culture live their day to day lives. Though often tedious, the course load has been worth it. I’ve been able to see some of the most beautiful sights on earth, and I’m coming back with wonderful memories. However, as my coordinator, Giovanna says, “it’s good to leave on top.”  I’ve loved Brazil, but it’s time to come home.