How I Found Myself in the City of Dreaming Spires

Everybody has their own reasons for why they choose to study abroad. For some, it’s the least expensive way to travel and also get summer credits, for others they just want to try something new. Personally, I stumbled upon the opportunity while wandering around the Ferg between classes last fall and I happened to stop by the Oxford poster at the study abroad fair. I’ve always wanted to study abroad, but I never knew where I wanted to go. Within a few months I found myself signed up and ready to study at the University of Oxford with 31 other students. Looking back, I knew I had wanted to experience new things and of course have an amazing time while doing so, but I never quite understood how much this trip was going to change my life. It wasn’t the places that affected me the most, but the people I met. Not only did I make 30 new best friends from Alabama, but I also made plenty more with the local Oxford students. I found a part of myself I never knew I had in a city that now feels like a second home to me. I now also have a newfound love for halloumi, a type of cheese that is prepared on a grill, which was introduced to me by one of the local students. When I wasn’t in class, I was spending my afternoons exploring Oxford or laying by the lake with friends admiring the simple beauty of Worcester College. Living in Oxford, there was never a dull moment. Every day I even found myself questioning how lucky I was to have this opportunity. The people and places I experienced this past month have permanently impacted my life for the better and I can confidently say I would do it all again if I had the opportunity. It’s been five days since I’ve returned from Oxford and I’ve slowly found myself getting acclimated to life at home, while also blending in certain things I learned from Oxford. For example, I have learned to step outside of my boundaries and try vegetarianism, like many locals in Oxford. I have also kept in contact with many of the friends I made over the trip, both from Alabama and Oxford. Studying in Oxford was the opportunity of a lifetime and every day I’m so grateful that I was able to experience it. 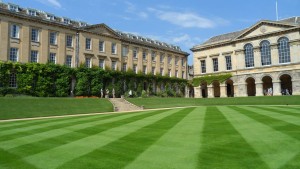 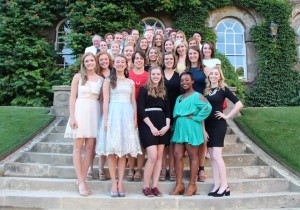