I write this post from Rome, having finished my class in Greece. When we started the trip, it was difficult to imagine the scenery getting any better than it could have. We began in Santorini, a class of twenty students. Of those twenty, I had only known two before the trip began. Every place that we went to somehow found a way to be just as, if not more exciting than the last. Having never been to Greece before I made every effort to explore my surroundings. In Santorini, five of us started our first day with a three mile run. From Santorini we traveled to Athens and we were able to marvel at the Parthenon and explore the city. At 1:30 in the morning while in Athens, we met a Greek Canadian who was serving for three months in the Greek army. We later ended up bumping into him again in Naplion, a city that is a good four hour drive away. Visiting all of these places allowed us to see more than just Greece. It allowed me and my classmates the opportunity to meet people from all over the world.

Since I left the United States, I have met and befriended people from Canada, Australia, The United Kingdom, Ireland, and Indonesia. Most importantly though, I got to meet a fantastic group of people and I had the luxury of getting to know them all very well in a short period of time. The archeological sites and the monument’s that we visited were special not only because of their historical significance, but because of who I saw them with. So with that I want to say thank you to my professors and my peers for the best trip I could have asked for. I look forward to making even more memories when we return to ttown. 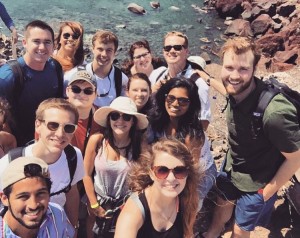 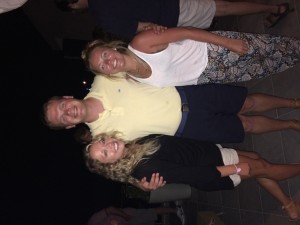