I’m Miranda, a junior studying fashion design at the Paris American Academy in Paris this month. For my first post, I’ll talk about my first impressions of Paris and what I’ve learned so far. I’ve thrown in some pictures too, just to give you an idea of what I’ve been up to!

As everyone knows, in America we hear a lot of stereotypes about the French. Some of them are true, but there are actually a lot that I’ve found to be false. Since I’m a fashion design major, the first thing I was worried about was packing the right clothes so I could blend in as much as possible. I had gathered from articles online that French women wear very little color, usually have a scarf, and do not wear shorts. What I’ve seen so far around the city, though, is that Paris has a vibe sort of like New York and New Orleans combined. There are all kinds of people doing all kinds of different things, and they all wear pretty much whatever they want. Basically, girls my age wear trendy outfits you might see in any American city, including shorts, crop tops, and even cute tennis shoes. French men seem to be much more in touch with fashion than American men. I have seen lots of very well tailored suits and trendy outfits on men here, and they wear it all with confident ease. Both men and women here take pride in their clothes, judging by the fact that I haven’t seen a single baggy t-shirt or pair of jogging shorts (thank goodness)! 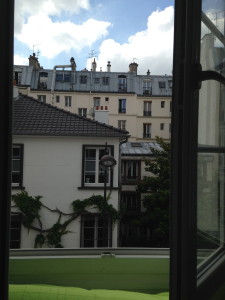 While on the topic of French men, another stereotype I’ve heard is that they are all obnoxious, especially to women. This is not true! Everyone has been polite to me and not given me much trouble. There have been a few men who called out to me on the street, and even one who chased me down and tried to get me to go get coffee with him – but it hasn’t been anything that a firm “no” and a glare can’t fix! Just try to ignore anyone you don’t feel comfortable talking to. 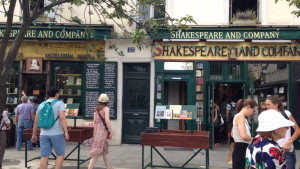 Another thing I was worried about was the language barrier. I’ve heard that French people hate Americans and sometimes won’t admit that they can speak English. Well, like most stereotypes, that is blown out of proportion. So far I have gotten by with a few key phrases (yes, no, thank you, how much is this, etc.), and any words I don’t know can generally be communicated with gestures and facial expressions. Everyone has been nice about my lack of French skills, and tried to help me communicate. 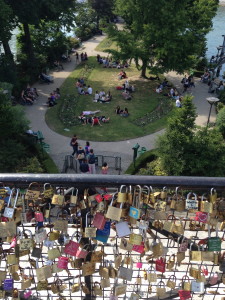 Well that’s all for this post. Until next time!