The last few weeks have been busy. The philosophy department soccer team is undefeated in The Caribbean Games (playing in the semifinals this week). I’ve been working on a group Bioethics project with two of my classmates, Ray and Roberto. They’ve been teaching me a lot of the colloquial Cuban vocabulary. Likewise, I’ve taught them some of the more important American phrases, (e.g. Roll Tide, etc).

The Cuban National Baseball League is in the middle of its National Series Championship, and Havana’s team, the Industriales, was playing a must-win game last week. We bought tickets to see the game, and an inning or two into the game, a group of twenty or thirty UA students walked in and sat down in front of us. It took a second to realize that they were the university fellows, in Cuba for spring break. One of them was a friend of mine who studied with me two years ago in Spain (Shouts out to Maxton). We knew they were in Cuba, but it was just a fun coincidence running into them at the game. It was nice seeing some familiar faces and a larger UA presence here in Cuba, especially after two months away from home.

A couple of weeks ago, we also had the chance to meet Javier Sotomayor. He is the current world record holder for the high jump (and has been since the early 90s); and is one of a handful of men on the planet who have ever reached a height of 8 ft. He’s a celebrity here in Cuba for the honor and recognition he’s brought the country. I was expecting him to have an arrogant, famous athlete mentality. But when he came and spoke with our class, he turned out to be a really friendly, humble person.

This past week, we were also treated to a salsa dancing class. We had two expert instructors come in to give us a lesson. As it turns out, salsa dancing is much harder than it looks. It’s practically ingrained in the DNA of every Cuban I’ve met, but it doesn’t come naturally to me. Even though I didn’t leave an expert, it was a lot of fun trying to learn.

Last weekend, we visited Playa Girón in southern Cuba, which Americans would recognize by its English name, the Bay of Pigs. We visited the beach where the invasion took place as well as the museum there. Our trip there roughly coincided with our study of the invasion in our class on U.S./Cuban relations. It was fascinating seeing all of the historical artifacts and standing where such an important event took place over fifty years ago. While we were there, we stopped at a nearby beach to go snorkeling. The water of the Caribbean was crystal clear, and there were a bunch of coral reefs shallow enough to dive to. That trip was definitely one of the coolest excursions we’ve had so far in Cuba.

I believe that’s about all for now. 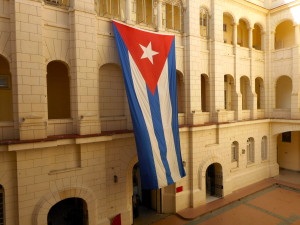 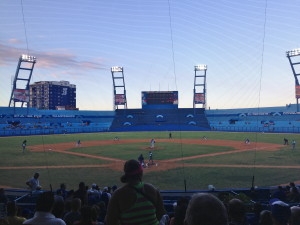