Leaving Alabama and My First Week in Scotland

My name is Katheryn “Kayla” Gann and I am a junior international studies major at Alabama. For the spring semester I am studying with an exchange program at the University of Glasgow in Scotland.

I arrived in Glasgow on Monday, 5 January 2015, a week ago today from the time I am writing this first blog entry. I left from Atlanta on Sunday, only 2 days from the time I arrived back in Tuscaloosa with the Million Dollar Band from New Orleans on Friday, 2 January. I was quite nervous and stressed as I had to try to get things packed before I left for New Orleans and on Saturday (luckily I had some help from family with this particular issue). While packing and on my way to Atlanta, I began to doubt whether or not I had made the right decision studying abroad. The entire time before I got on the plane I had to keep reminding myself that part of the reason I decided to study abroad was to help myself grow as a person and to break out of my ‘shell’ some. I also have always wanted to go to the UK and Ireland and I would more than likely always regret backing out if I did and would wonder “what if”. So despite my nervousness, I got on the plane in Atlanta on Sunday, flew to London and spent 5 hours, flew to Glasgow, and finally made it to my room/home for the next 5 months on Monday at 6 pm.

My orientation for international students did not start until Wednesday, so I had a day to start trying to get over any jet lag and explore some of Glasgow’s West End, especially to try to find where I needed to go on Wednesday to register. I also ate my first meal in Glasgow at a place called Kember and Jones and found a supermarket to buy some groceries. It was interesting that first day to see the area I would be walking through multiple times during the next 5 months on that first day. Another interesting thing that has been an adjustment is trying to figure out which coin is which for the money. Unlike in the US, the UK does not use paper money for a 1 and they also have a coin for a 2. The 1, 5, 10, 20, and 50 pence coins have also been a little difficult to adjust to. Sometimes I feel bad because I have to look at the back of the coin to remember which one it is so that I can pay. It has been a little fun to learn the different currency as well though as well as the what pictures the government in England and Scotland (as there are different notes given in each country even though they both use British pounds) decided they should put on their money.

When orientation started, one of the most difficult things to adjust to is how they sign up for classes here. I am partially still hoping that everything turns out okay as students, or at least international ones, cannot sign themselves up for classes. Trying to figure out what I am able to take, get signed up for things I hadn’t been able to before, and get everything together has been very stressful. Also during orientation though, I have met quite a few people. It is very hard for me to introduce myself to people as I have always been on the shy side, but those I have managed to talk to have been quite diverse. I have not only met other Americans, but also some Australians, Canadians, Germans, French, Chinese, and Lithuanians. While I have met so many people, this time in the program has also been very stressful because I am still at that point where I do not know anybody very well and do not really have anyone’s contact information. It is that time where I am eating by myself and sometimes feel very alone in a very large city and university. I get lost and confused and have trouble finding where to go and feel as if I am having trouble adjusting and making friends and it can be very upsetting at times. As far as this situation goes, I can only hope that it gets better as time goes on as I am still really in the beginning of the program and have many more trips, groups, and events I plan to try to attend/join.

One of the most exciting things I got to do during the orientation week was go to Edinburgh. It was a very pretty place to be and I spent a lot of time in Edinburgh Castle which offered some fantastic views of the city, even though the day was a little dreary. Though it was at the beginning of the semester, I feel as if everything else in the semester goes wrong, I will have that one day in Edinburgh that I very much enjoyed as it was probably one of the most beautiful and most interesting places I have been so far in my young life.

Other than orientation, I have had one day of classes so far and only had two of my four classes. I believe they both went okay but it goes back some to the loneliness in a crowded room as I walked into the classes and with everyone talking to someone, it was difficult on this first day to try to find people to talk to as well. Overall, with the classes and the experience, I look forward to seeing where the semester goes from here and hope that everything works out okay.

Pictures include University of Glasgow, Edinburgh and Edinburgh Castle, and my first meal in Glasgow. 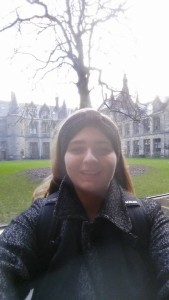 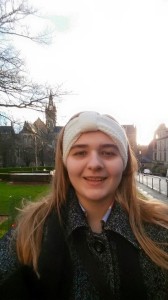 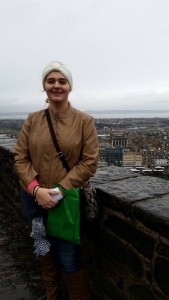 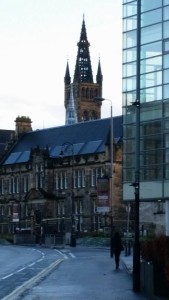 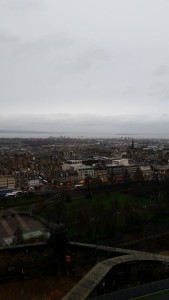 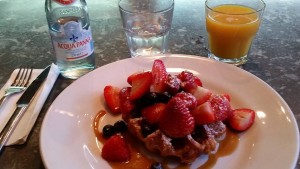