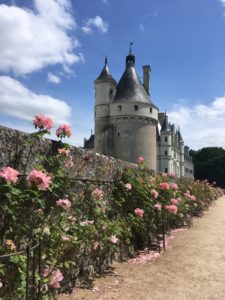 One of the truly amazing things about studying abroad is the opportunity to make the history that you learn in the classroom come alive! While you are abroad, you will most likely visit so many beautiful (and not-so-beautiful) places where so many historic events took place. My best learning style has always been hands-on, so it was incredibly impactful for me to have to opportunity to learn (and in some cases, re-learn) in this way! Now that I have walked in the footsteps of history, I know that what I learned will be with me for the rest of my life! I also have French heritage, so while I was abroad, I  had the once-in-a-lifetime opportunity to visit sites and cities that were important to my ancestors. It was amazing to feel so connected with them in that way, and made an impact on my personal identity in a way that I did not necessarily expect. 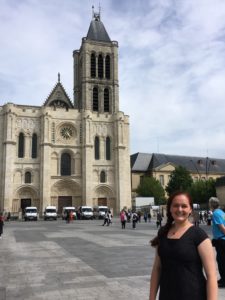 Basilica of Saint Denis, the final resting place for French royalty until the Revolution

One thing that I noticed time and time again is the amount of history contained in French churches. I quickly gained a reputation among our group for my inability to walk past a church without walking in and taking a look around. From the beginning of France as a nation, the government’s involvement and then separation, from the Church is of special historical interest. During the reign of the monarchs of France, the Church was officially linked to the State. Then during the French Revolution, this was reversed so totally that now, France has one of the most complete separations of religion and government in the entire world. All of this history can be seen in the churches- the beautiful and antique architecture, juxtaposed with the destruction of many religious icons and images, the results of which are still viewable in the churches (which are on just about every street corner). Of course, it is not only in churches where this can be seen. All of the architecture tells a story of a particular people or time period, and these stories will stick with me for the rest of my life! 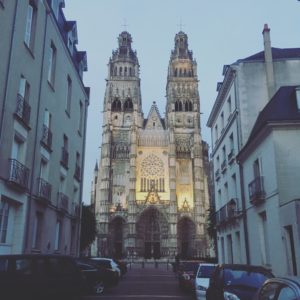 Cathedral of Tours, the city where we were studying

While I was in France, I was struck by the amount of history behind the things that we saw. Many of the chateaux, churches, government buildings, and other sites that we visited were older than the entire United States! There is a shiny novelty to the United States that does not necessarily exist in most other countries. Our heritage comes from all over the world! And I believe that is a beautiful thing. 1776 seems like such a long time away, but in the greater perspective of history, America is remarkably young, and there is still a lot left to learn from other nations.

What will you learn abroad? 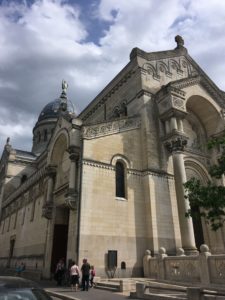