Back to the US

After a month in Cuba I wasn’t ready to leave… I had made some amazing friends and learned so much. However, I had to return to the US. I was excited to go home because I had missed my friends and family and couldn’t wait to tell them about everything I had learned. So when the time had come, I jumped on my flight and was off to the US.

I hadn’t expected to have much of a reverse culture shock coming back. I mean, I’ve lived in the US my whole life so I didn’t think that anything would really shock me. Boy, was I wrong! When I landed in Fort Lauderdale I was immediately hit with a giant gust of air conditioned wind. Living in Cuba, I had gotten pretty used to no air conditioning. My apartment nor my class room had air conditioning and pretty much everywhere else except for really fancy places didn’t have it either. So, when I stepped off the plane in Florida, I was FREEZING. For the next few days, I was overwhelmed by how cold every place I went was. This is something that I am just now getting used to again. I mean don’t get me wrong, I appreciate the fact that I don’t sweat while I’m in my room but it was something I had gotten so used to. 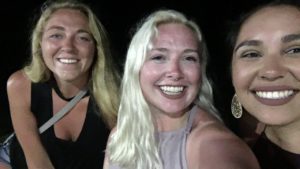 Reverse culture shock is such a real thing. For the whole week after getting back home, I would catch myself responding in Spanish. Being in Cuba for a month, where I took all my classes in Spanish and spoke primarily in Spanish throughout the day, I got really comfortable responding in Spanish. And then I step off the plane and everyone is speaking in English and I’m catching myself saying “Gracias” when someone holds the door open for me. (so embarrassing haha) This was probably the hardest readjustment for me when getting back.

The post study abroad depression set in pretty hard when I got back. I missed my new friends and waking up every day with the ocean in view. I missed walking down to the Malecón and seeing all the old Cadillacs speeding down the road. But during this time, I learned so much about myself and realized how much I changed while there. I am so thankful for this experience. Studying abroad changed many of my worldly views and made me more appreciative for what we do have but also more accepting and understanding of other cultures as well. Living in Cuba has changed a lot about me. I grew as a person and a student while there. I am so thankful for thisamazing opportunity to study in Cuba and will forever cherish this summer of adventure!! 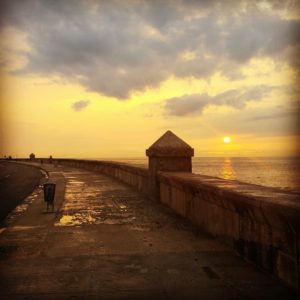