Back from the DR

Now that I’m home I already want to make plans to go on another trip. I don’t know if I’d like to experience somewhere new or return to the Dominican Republic, but it will have to be as an RN rather than a student. When I first arrived at the airport I was thankful to make it home safety and ready to eat a salad. I was also glad to hear everyone speaking English! I will miss the DR and everyone I met. But I have found a lot of people on Facebook and hope to remain in contact.

I think Study Abroad greatly influenced and changed me. Since I’ve been home I’ve realized how thankful I am for everything I have. I took a hot shower for the first time in a week and spent every second feeling thankful and thinking that people that live in the DR have probably never had a hot shower. It really broadened my view of the world and how lucky I am to live where I live. I had never seen or experienced such poverty. It also made me want to help and do everything I can to help others that aren’t as lucky as I am. Since returning, I think my time abroad has made me much more thankful.

I definitely experienced some culture shock. I was so happy to get home and read in english, hear people speaking english around me and understand everything going on around me.

My advice to future students would be to learn Spanish! Everything is a lot harder when you can’t understand each other and I have never wanted to speak Spanish so badly in my life. I would also suggest to pack light. Carrying around a big suitcase place to place got really old and heavy. But I was glad to leave a lot of stuff I didn’t need 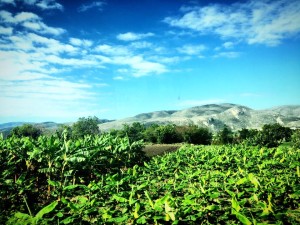