I guess to start off I should include a lil’ intro about myself… I’m a junior this year double majoring in French and International Relations (roll tide). I’m from Alabama and have lived there for my entire life. That being said, I have had opportunities to travel and *stoked* to be able be in France for the semester! 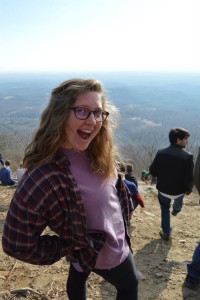 I flew into France on August 19th and arrived in Tours, France on the 20th. Up until this point, I think I had a pretty romanticized idea of studying abroad. It’s been a whirlwind preparing for this semester from trying to get a visa appointment in DC (I was interning and couldn’t make it back home), applying for housing, to just attempting to get in a mindset to start speaking French 24/7. Also, I definitely underestimated the power of jet lag- phew, those were strange and long days.

All of that being said, I’m really excited for classes to start (what who says that?)! I’m excited to explore France and all of its rich history and culture, and get to know other students wanting the same things.

I’ve already done a little bit of exploring around Tours, which by the way has an amazingly rich history dating back to Gallic times. That’s where it got its name actually, from a Gallic tribe called the Turones. (Here’s your history lesson for the day, kids.) The Romans came and did their thing for a while too… Ya know- changed its name, used it for trade, etc. The Battle of Tours took place nearby in 732, where Charles Martel crushed a Muslim army and ended the spread of Islam in Europe (pretty much…). From there it became a religious center for the catholic church- there a few cathedrals and a basilica in the city. One of them even has  a crypt with part of the skull of St. Martin. Tours is home to some pretty famous people, too! Just to drop a few names- Rene Descartes, François Rabelais… (~end history lesson~)

It’s a lot to adjust to at first, especially not knowing anyone in a new city where they speak a different language, but that hasn’t stopped me from being excited about the adventures in store!

Welp- I’ll end with a few pictures I’ve taken around Tours while exploring. Here’s to getting lost in Europe! 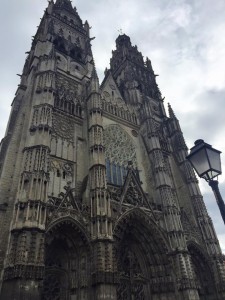 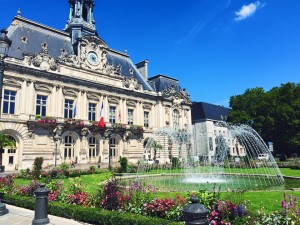 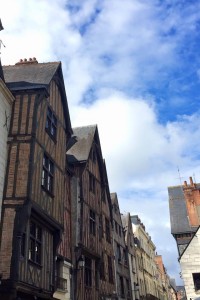 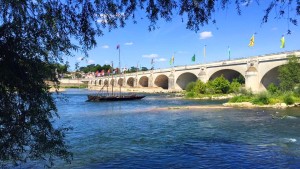